A collection of tools to use for FYS instruction. 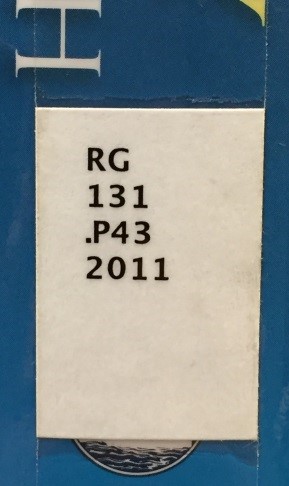 How to Read Call Numbers 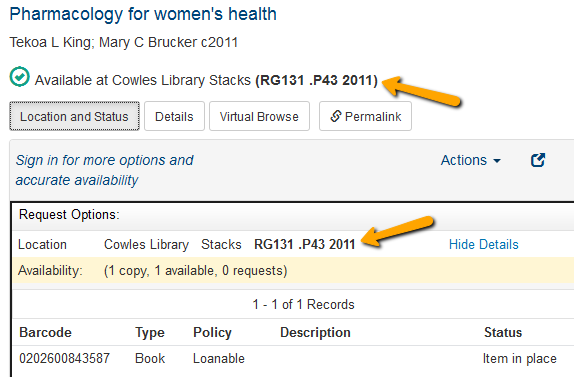 How Call Numbers are Arranged on the Shelf

Each line of a call number is read differently

The first line consists of 1 to 3 letters and is read alphabetically. The following are in the correct order:

The second line is a whole number and is read as a numeral. This number may contain a decimal. The following are in the correct order:

The third line (and perhaps fourth, if there are multiple Cutters) can be the trickiest to read. It consists of a letter, which is ordered alphabetically, followed by numbers, which are read as a decimal. So, just as the decimal .525 comes before the decimal .7, so does the cutter .B525 come before the cutter .B7. The following are in the correct order:

The last line is the four-digit year of publication, and is read in chronological order.

In addition, there may be letters and numbers indicating the book’s order in a series. Here are some common examples:

It's important to note that not all call numbers have exactly four lines representing the same information. It depends on the nature of the work. Here are some other examples:

A second Cutter number is used when there are many works on a topic or by an author, and the works cannot be represented in sufficient detail by a single Cutter. The second cutter number does not have a leading decimal point.

Works with multiple volumes will have a final line representing the volume or part number. "Volume" and "Part" will typically be abbreviated "V." and "Pt.", respectively.

Here is where you'll find books by call number in Cowles Library:

For a much more detailed outline, visit http://www.loc.gov/catdir/cpso/lcco/.